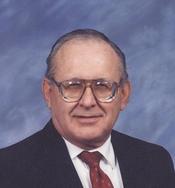 He is survived by his son, Tom Daniel Hill, M.D., his daughter-in-law, Sue Hill, his precious granddaughter, Danielle Rae Hill, many cousins, and his guardian angel, Elizabeth Mays Rogers, who nursed him through many surgeries and illnesses. Tom was born in Ft. Worth, Texas and grew up in Arlington, Texas, where he attended Southside Elementary School, Arlington High School, and Arlington State College before transferring to the University of Texas at Austin where he later earned four degrees. He was active in Boy Scouts of America for over 12 years and earned the Eagle Scout Award. Tom served as a scout master and merit badge counselor for 35 years until 2009.

He served in the U.S. Active Army from October 28, 1959 Until October 27, 1962 with eight months of duty near Orleans, France, in 1962. He served another 24 years in the U.S. Army Reserves, retiring in 1986 as a Lieutenant Colonel with the permanent rating of Instructor Trainer. While he was in the Army, he completed the Transportation Basic Course, the Transportation Advanced Course, Field Grade Officer Course, The Infantry Officer Advanced Course, Engineer Officer Qualifying Course, and Command and General Staff College. From 1962 to 1968, Tom worked for Tracor in Austin, Texas. He then worked for the Texas Department of Transportation for 26 years, retiring in Mesquite, Texas in 2000. In 2003 he moved to Austin, Texas, where he lived the rest of his life.

Tom served as an instructor for the Texas Parks and Wildlife in Hunters Education for six years. He was a member of the National Audubon Society for over 30 years, a member of Tarrytown United Methodist Church and the Faith Class Sunday School Class, the NRA, a member of The Austin Astronomical Society, and was an emeritus member of the American Association of Physics Teachers. He enjoyed hunting, fishing and other wildlife conservation activities.

During his adult life, he helped many people by donating 109 units of blood to medical area blood banks. For five years as a young teenager, Tom helped an uncle on his farm where he became proficient in driving a tractor before he learned to drive a car! He was a man of many abilities, being able to do electrical, plumbing, carpentry, or machinery repairs with ease.