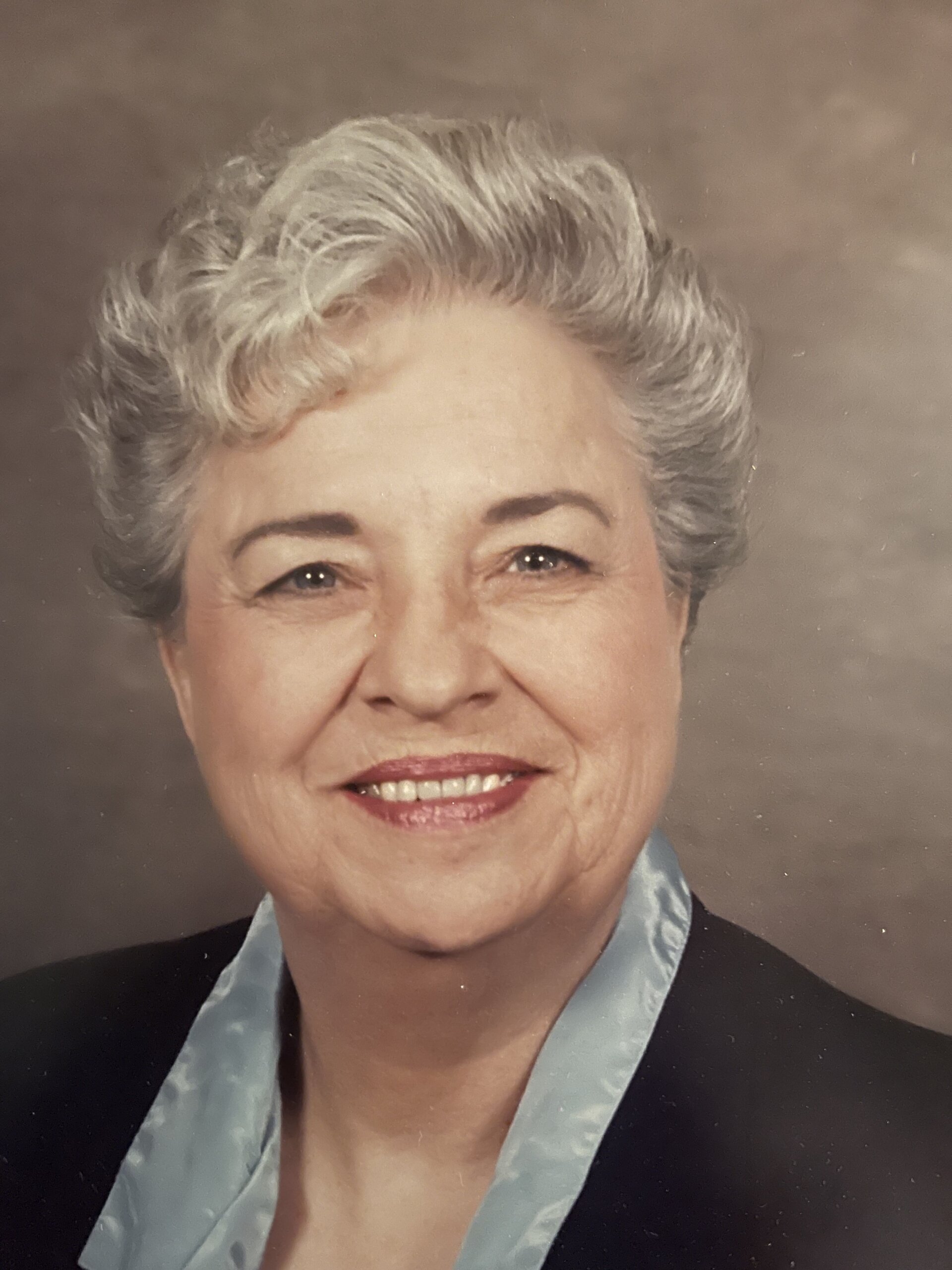 Lael Grace McCormick was born in Blackwell, Oklahoma, to Ted Bonewell and Zoe Emma (Skaggs) Bonewell on January 21, 1927. She graduated from Blackwell High School, and married Fred McCormick on November 15, 1952 in Wichita, Kansas, on Fred’s birthday.

Together they built a very successful disaster insurance adjusting business travelling to storm disasters across the United States. At one point she and Fred lived in Dodge City, Kansas, where they rode with the Sheriff’s posse in many parades.

Towards the end of their careers, they settled in on Hilltop Lakes, Texas, on the golf course, and began enjoying retirement together. Together they participated in many of the local social events like a New Year’s with Fred as Baby New Year, and Lael as Father Time. Lael enjoyed playing games and played bridge until late in life.

Lael and Fred were thought of fondly by their many nieces and nephews. She was preceded in death by her parents, her brother Blaine, and her sister Carolyn. She is survived by her sister Marolyn Hayes, her half-sister Teddi Kaye Sullins, nieces Connie Crook, Carla Turner, Peggy Wood, Michele Pinkel, Mary Dawn Denora, Tonia Tillery, and Tese Schnorr, nephews David Kyle, Mark Kyle, and Paul McCormick as well as many great nieces and nephews. A special thank you to Liane Harris, who was so helpful to Lael the last several years.

A graveside service for Lael will be held Thursday, September 28, at 10:00am at Hopewell Cemetery in Normangee, Texas. Services are in the care of Cozart Funeral Home in Normangee.