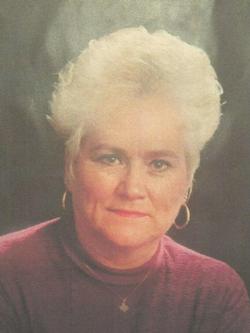 Willie Diane Johnson, 72, was called home to the Lord Sunday, February 14, 2016. Diane was born on May 29, 1943 in Cherry Valley, Arkansas to her parents John Hall and Dorothy Mae (Miller) White.

She was married to the love of her life C. W. Johnson on September 5, 1980. They loved to travel and see the sights. She was also the pit boss for their Drag Racing Crew which they did for over 25 years. Diane enjoyed being in nature and naming all the Deer that would come to the house. She would occasionally go to the fishing hole and stay for hours relaxing and fishing.

Diane was preceded in death by both her parents, John Hall and Dorothy Mae White; and two brothers, Don White and Bobby White.

She is survived by her husband of 35 years, Clarence Wayne Johnson; two daughters, Shelia Stone and Tonya Cates; a step-daughter, Brandi Smith; a sister, June Knox and husband Roger; a sister-in-law, Andrea White; a brother, Jimmy White; and numerous grandchildren.