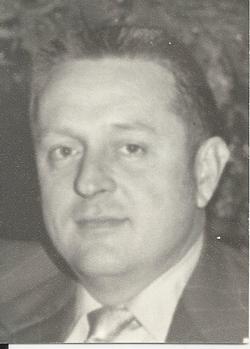 William C. Rice, Jr., 82, of Normangee, was called home to the Lord Friday, July 17, 2015. Visitation was held Monday morning July 20, 2015 at Hilltop Lakes Chapel from 10 to 11 am. Funeral services were held at 11 am in the Hilltop Lakes Chapel. Dr. Tony Taylor presided over services. Burial followed at Concord Cemetery in Grimes County.

William Rice, Jr. was born to his parents William C. Rice, Sr. and Evelyn (Dubois) Rice on December 22, 1932 in Houston, TX. He was married to his wife Laura Bowling on December 8, 1967 in Houston, TX. William was an Air Traffic controller in the Korean War for the Air Force. Bill Rice in his civilian life was an attorney and also a Judge for many years. One of his big joys after retiring was reconstructing the Ranch, getting on the tractor or bulldozer and working like there was no tomorrow. He was also an avid flyer, and loved taking his small plane on trips. He flew until his health would no longer allow him to fly.

Bills family was very important to him and he lived life to the fullest. He was at his happiest with all the children, grandchildren, and great grandchildren around. William loved to garden, fish, hunt and travel. He was always ready to travel anywhere, anytime. Bill was a member of the Hilltop Lakes Chapel, Hilltop Lakes Lions Club, American Legion Post 0084 in Madisonville, and the VFW Post 1907 in Normangee.

William was preceded in death by his parents William Clarence Rice, Sr. and Evelyn Rice; his stepson, Stephen Goff; and many of his special Aunts, Uncles and cousins.