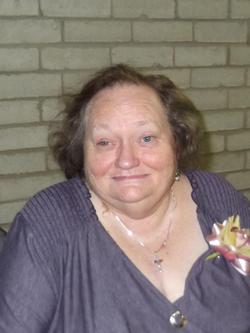 Diane DiDi Everitte, 63, of Normangee passed away Sunday, September 7, at St. Joseph Regional Hospital in Bryan. Graveside services will be held Thursday, September 11, at Manning Cemetery at 10 am. Funeral services have been entrusted to Cozart Funeral Home.

Diane Tucker was born October 22, 1950 in Ashville, AL to her parents Bill and Peggy (Gillespi) Tucker. She enjoys reading her bible and crossword puzzles. Diane would talk on the phone for hours to family and friend. She also enjoyed shopping and playing games with kids.

She was preceded in death by both of her parents Bill and Peggy Tucker; one brother David Tucker; and two sisters Peggy Tucker and Karen Davis.

Diane is survived by a daughter Angie Everitte; a sister Mischeal Williams and husband David; a brother Billy Tucker and wife Dale; and lots of nieces, nephews, great nieces, great nephews and a grand dog Sugar.