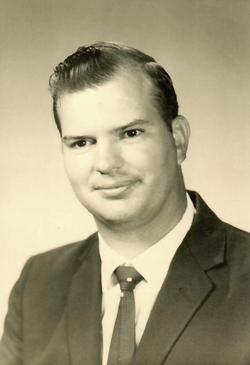 Numa Whitson Buddy Ward was born August 29, 1934 to Jack and Althea Ward in Goosecreek, Texas. He was called home to the Lord on August 1, 2016 surrounded by his family, after a courageous battle with cancer.

Buddy grew up in Goosecreek and met the love of his life, Gloria Dean Ward in Junior High School. They were married on August 21, 1954. To this union they had three children Mark Dean, Paul Whitson and Sandra Jo.

Buddy attended Texas A&I and graduated from Sam Houston State University, then received his Masters Degree from Tarleton State University. He held several jobs over the years but teaching, coaching and school administration was his focus until he retired in 1992. Throughout his school career he worked for Normangee, Trinidad, La Vega and Connally ISDs in Waco teaching biology, chemistry, physical and general science and coaching football, basketball, baseball and track. In 1976 he moved to school administration for the remainder of his career. He also served fourteen years in the US Navy reserves.

Buddy was an active member of the church and was ordained as a deacon at First Baptist Church, Normangee in 1959. He continued to serve the church and teach the bible in Sunday School for over 50 years! He loved to share Christ and his life experiences.

Buddy touched countless lives throughout his lifetime. To know Buddy was to love him! He was a caring, loving, devoted husband, father, Papa and friend.

The family would like to extend a special thank you to Pastor Bob Shirley and wife Kathy.

A celebration of his life will be Saturday, August 6, 2016 at 11:00 am with a visitation starting at 10:00 am at First Baptist Church in Normangee, with Rev. Bob Shirley, officiating. Interment will follow at Hopewell Cemetery.