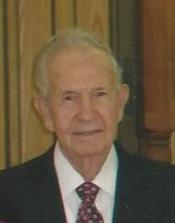 Neil Dewayne Berry, 87, of Normangee passed away early Saturday, November 10, at the Madisonville Care Center. Visitation will be held Sunday, November 11, at Cozart Funeral Home from 4 to 6 pm. Funeral services will be held Monday, November 12, in the Hilltop Lakes Chapel at 1:30 pm. Bro. Tony Taylor will preside over the services. Burial will follow service with full Military Honors at the Gum Springs Cemetery. Services have been entrusted to Cozart Funeral Home.

Neil Dewayne Berry was born in Lubbock, TX on July 2, 1925 to parents Vincent Linel and Irene (Anderson) Berry. He was a loving husband, devoted father and grandfather, dedicated Marine, a faithful member of the Hilltop Lakes Chapel, and friend to many. During WWII he served in the 5th division of the United States Marine Corp. on Iwo Jima.

After he returned home from WWII he married Cecil Rae Murff and they recently celebrated their 66th anniversary. He began his career as a welder on the Mobil pipeline. In 1962 he moved his family to Normangee and opened Big B Industries in the location presently Known as Normangee Tractor. After raising a family and retiring he spent his years with his wife, Cecil, traveling and hunting. Neil was a man of Faith, Honesty and Integrity. Neil was preceded in death by both of his parents; one brother David Berry; a daughter Becky Brantley; and a granddaughter Amy Hines.