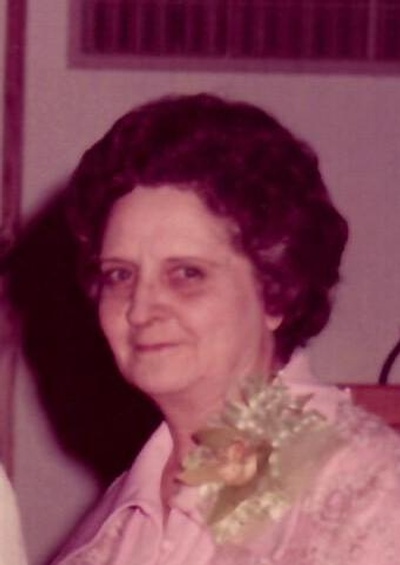 Mary Lou Dawkins, age 97, of Normangee passed away at her home surrounded by her loving family on Sunday, May 27, 2018. A time for the family to receive friends will be Tuesday, May 29, 2018 from 6 – 8pm. Graveside services will be Wednesday, May 30, 2018 at Ten Mile Cemetery with Larry Grimes officiating.

Mary Lou was born August 2, 1920 in Madison County to David and Ida (Morgan) Cole. She stayed close to her birthplace all of her life where she met and married J. T. Dawkins who preceded her in death in 1991. She and J.T. raised three children and she worked right along with him on their ranch. She also spent some time “bossing” her son John T. at his hardware store. She was also preceded in death by her parents and a sister and five brothers.