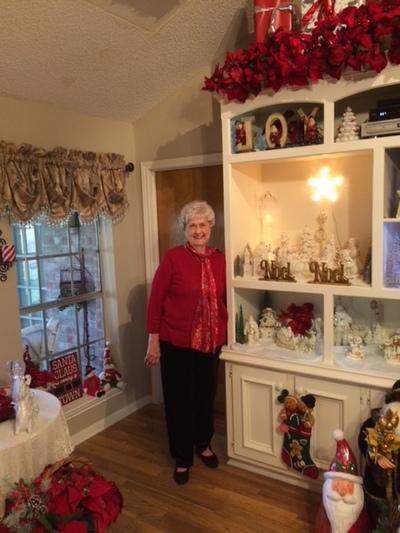 Louise was born in Nacogdoches, Tx to Jesse and Ruby (Bailey) Kirkley on November 21, 1932.  She graduated from Nacogdoches High School.  She married Dumonte John Shaw, the love of her life, on January 6, 1960. She worked as a secretary for twenty-five years.

Pallbearers will be Christopher Walkup, Bryan Bailey, and Dustin Piassoli.

Mamaw loved to cook, and was known as the “Pie Lady” at Brookdale Senior Living. She enjoyed fishing, crafting, and playing dominoes and bingo. Mamaw could be found first thing every morning with a cup of coffee reading her Bible. She loved her boys and her grandkids more than life itself and she made sure to tell them often.