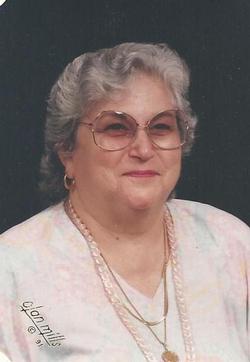 Lena Theresa Parker, 82 of Beaumont passed away Thursday, April 17, at her home. Graveside funeral services will be held Saturday, April 19, at Hopewell cemetery at 2pm. Reverend Richard Prather will preside over services. Funeral services have been entrusted to Cozart Funeral Home in Normangee. The Parker family would like to thank Hospice in Beaumont for the loving and care they have given. Special thanks to her care taker Cindy. Honorary pallbearers are Carroll Gene Anderson, Edwin Reed, George Bryant, John Wolfington, Pete Hunter, Pete Parker, and L.C. Martin.

Lena San Angelo was born November 11, 1931 in Smetana, TX to her parents Pete and Lena San Angelo. She was a very hard worker leaving school when she was 14 to work at American Laundry. Lena had a very large family one of thirteen children. She married the love of her life Bobby Paul Parker. Lena was a dedicated mom and was proud of her family. She always helped out with her daughters school, joining the A&M Moms Club. Lena was very organized and kept her house and yard very clean. She even painted a whole house by herself, because it needed to be done. Lena was also very skilled in crocheting, making many blankets.