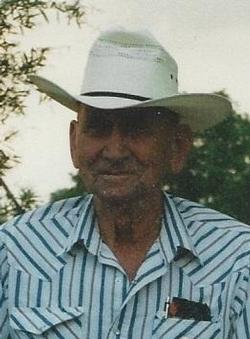 Joe Reed Carter, 89, of the Edge Community, left this world for his heavenly home on April 23, 2015. He was surrounded by his family in his home.

Joe Reed Carter was born in Madison County on March 28, 1926 to his parents William CB Carter and his wife Ovie (Spikes) Carter. Joe married the love of his life Bernice McLain on January 30, 1944.

He was a family man loved his grandchildren and great grandchildren. Joe enjoyed working his ranch raising horses and training them.

He is preceded in death by his parents, W.C. Carter and Ovie Carter, as well as the love of his life, Bernice Carter.