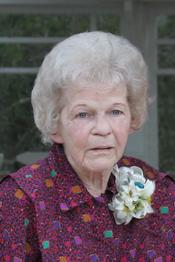 Jo Ann Roddey, 72, of Normangee passed away Wednesday, November 30, 2011 at St. Joseph Regional Hospital in Bryan. Visitation was held Friday, December 2, from 6 to 8 pm at Cozart Funeral Home. Funeral Services were held at the First Baptist Church of Normangee on Saturday, December 3, at 11:00 am, Bro. Bob Shirley was the presider. Burial followed the service at Wealthy Cemetery. Services were entrusted to Cozart Funeral Home.

Jo Ann (Dryman) Roddey, was born to her parents on September 9, 1939 in Franklin, TX. She was a High School Graduate and a Rancher. She was married to Dale Roddey who preceded her in death. Jo Ann was also preceded in death by her brother Philip Dryman.