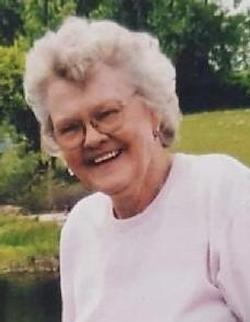 Jaunell Wortman, formerly of Hilltop Lakes, passed away on Thursday, November 3, 2016 at the age of 93. A time for the family to receive friends will be Tuesday November 8, 2016 at 1:00 pm at Hilltop Lakes Chapel. Funeral services will follow at 2:00 pm with Dr. Tony Taylor, pastor officiating. Interment will be at Hopewell Cemetery.

Jaunell was born July 15, 1923 to Luther Wayne and Ather (Kinsey) Maddox in Gunter, Tx. After graduation from high school Jaunell found herself singing with the USO in San Francisco during WWII and also worked in the Civil Service in Waco, Tx. She met and married an Air Force pilot in 1946 and spent several years on many bases with him and their family. Following their divorce, she then married Robert Dean Bob Wortman in 1963. Bob and Jaunell spent several years managing bowling centers in Texas where Jaunell was a bowling instructor. They later moved to Hilltop Lakes and opened a real estate office with their partners the Hollenbecks.

Bob and Jaunell were members of Hilltop Lakes Chapel and Jaunell was also a member of the Republican Women of Leon Co. where she served as secretery.

The family would like to thank the staff of Brenham Nursing and Rehabilitation for their loving care during her last days. They also ask any donations in Jaunells memory be to Animal Shelter and Rescue of Brazos County.