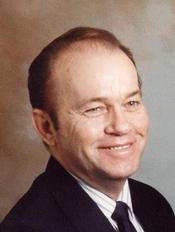 A celebration of life for James was held Wednesday, May 4, at the First Baptist Church of Normangee, Bro. Bob Shirley presided. Burial followed at the Wealthy Cemetery.

James Powell was born to the parents John T. and Versie (Herren) Powell, February 28, 1935, in Marquez, TX. James married Peggy Hardy on June 5, 1954, and had three loving children. He was a former police officer for the Baytown Police Dept., Pastor, and retired from Nucor Steel. James loved to play his guitar and teach the bible to anyone who would listen. James and Peggy were faithful Christians and were members of the Grace Bible Church.