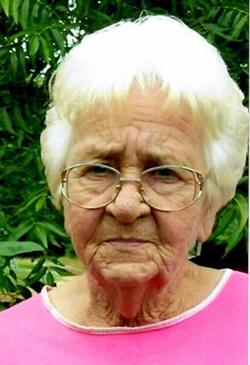 Hazel Holder, age 76, originally of Normangee, passed away Saturday, March 24, 2018 in Waco surrounded by her loving family after a lengthy battle with cancer. Graveside services will be Monday, March 26, 2018 at 2:00 pm at Wealthy Cemetery with her son by choice Clinton Manning officiating. Per her request there will be no public viewing or visitation.

Hazel was born November 8, 1941 in Richards, Tx. to Harry and Annie Leona (Montgomery) Hutchins. She grew up in Wealthy and met and married the love of her life William Lewis Holder. He preceded her in death in October 1996. She was also preceded in death by her brothers and sisters. Ethel Mae, Cornelius, Tommy, Dealue (Bootsie), and Howard (Bud).

She was a caregiver and homemaker for most of her life. She cared for two siblings, Bud and Bootsie during their illnesses until the time of their deaths. She loved the simple things in life, loved deeply and was deeply loved by many. She would always help those in need and was a selfless woman.

She was the foundation of the family and one of a kind set in her stubborn ways right up until the end. You never had to guess what was on her mind because she would let you know, even if you didnt ask. Hazel will be so deeply missed.

Rest in peace Old Girl Granny. We will see you again.

Pallbearers will be Bobby, Robert, Howard and William Holder, Clinton Manning and son in love Eddy.