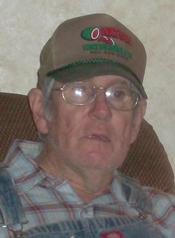 Grant Lee Watson, Sr. was born February 18, 1939 in Venetia, TX to his parents Ben Lee and Nellie (Streater) Watson. Grant was a high school graduate and after graduating he went to work for GTE as a Lineman. He worked hard and always stayed busy. He was an avid fisher and made it an art when he was squirrel hunting. Later on in life he started Watsons Watermelons and loved to work his fields. He would tip his hat to anyone who came by to buy his watermelons. Grant was also a loving grandfather and couldnt get enough of his grandkids. He loved to watch ballgames especially high school football. Grant also loved to listen to George Jones for hours.

Grant was preceded in death by both his parents; Ben Lee and Nellie Watson; and three brothers; Elmo Watson, Ben Watson, Jr., and Virgil Watson.