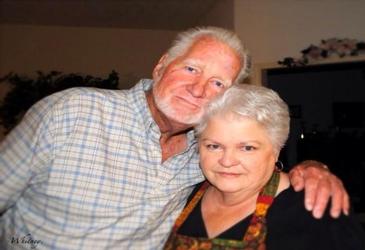 Born on February 28, 1946 to Leon Fields and Dorothy Monroe Fields, Dixie spent her childhood in the Conroe area. She moved to Flynn in the late 1970s with her husband and four children and continued to make Flynn her home until her death.

Dixie was dedicated to her family. Nothing made her happier than being surrounded by her husband, children, and grandchildren. She had a wonderful and unique gift for making each member of the family believe that they were the most special person in her life. She was also a devoted wife, caring for her husband through a debilitating illness while still maintaining a full time job and juggling the responsibilities of managing her household.

Dixie was a woman of strong faith. She was a member of Flynn Assembly of God where she was a part of the praise and worship team and was active in the womens ministry. She gave selflessly of her time and efforts. The fellowship that she had with her church family brought her great joy, and her dedication to the Lord was an example and a testament to all that knew her.

Dixie is preceded in death by her husband, Burel Biddle, her son, Anthony (Corky) Giles, her grandson, Zachary Biddle, a brother, Gene Raymond Fontaine, and her parents, Leon and Mary Lee Fields.

She is survived by her son Mike Giles and daughter-in-law Beth of Houston, TX and his children Amanda, Ian, and Mason, her daughter Karen Davidson and son-in-law Alan of Big Spring, TX and their children Parker and Olivia, son Brad Biddle and daughter-in-law April of Flynn, TX and his children Taylor and Cameron, and stepson Bob Biddle and daughter-in-law Margaret of Normangee, TX and their daughter Alex. She is also survived by her brothers and sisters, Wayne Fontaine, Marie Hinson, Bill Fontaine, Glenda Tyler, Maryette Chatham, Betty Powell, Sid Fields, and Virginia Barr.

In lieu of flowers, the family has asked that donations be made in her honor to the Flynn Assembly of God Womens Ministry.