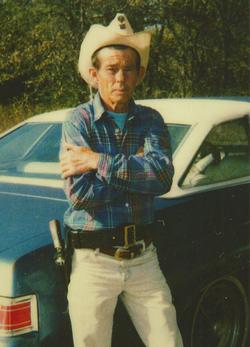 Daniel Fisher, 81 formerly from Normangee passed away Wednesday, May 21, in Bryan, TX. Funeral services will be held Sunday, May 25, at Cozart Funeral Home at 2 pm. Bro. Bob Shirley will preside over services. Burial will follow the Willowhole Cemetery. Services have been entrusted to Cozart Funeral Home of Normangee.

Daniel Fisher was born May 6, 1933 in Detroit, TX to his parents Clarence and Elizabeth Fisher. He was married to Tylis Jean Wilson and had two sons Randall and Daniel Wayne Fisher. Dan was an outdoorsman raising dogs to hunt and trap for furs. He could be found working on cars or repairing the house, he was an all around handyman. Daniel had many abilities being a truck driver and picking up scrap metal for some extra cash are a few. Dan had many hobbies and hunting and fishing were at the top of his to do list. He was a skilled guitar player and was always there for his boys.

Daniel was preceded in death by his wife Tylis Jean Fisher; and both of his parents Clarence Alton and Elizabeth (Braccet) Fisher; and a half-brother Oscar Bill Kiser.