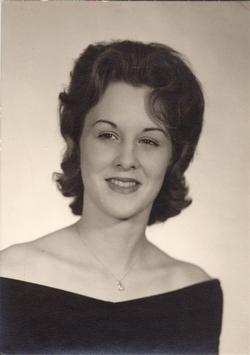 Clara Lynette Broderhausen Graham (Penny) was called to her home in Heaven on Sunday, May 24, 2015. Born on February 10, 1946, in Houston, Texas, to Henry and Louise Broderhausen, Penny was generous, feisty, and loved to laugh. She married Charles L. Graham on March 12, 1966. They shared forty-nine wonderful years together. Penny took pleasure in traveling and spending time with her family. Her sons and grandchildren were her pride and joy. She and Charles enjoyed their retirement in Hilltop Lakes, Texas. Penny was an active member of Beta Kappa Sigma Sorority, Chapter #14368 and Order of the Eastern Star, Jasper Chapter #87. Penny bravely fought her battle with cancer for three years. Her courage was an inspiration, and she is now resting with the Lord.

We are grateful for Pennys love, light, laughter, and the many lives that she touched.