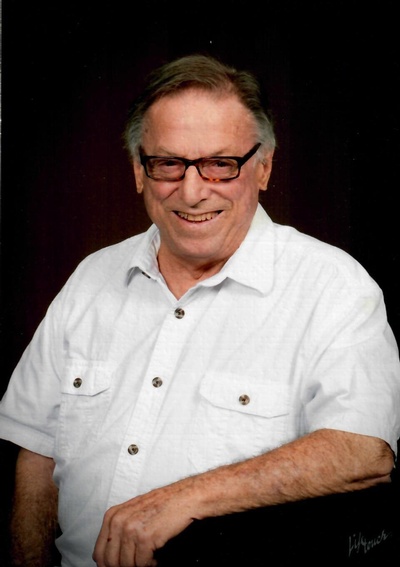 Carl Patrick Martin, passed away Tuesday, February 5, 2019 in Madisonville. Memorial services will be Saturday, February 16, 2019 at 11:00am at United Methodist Church of Normangee with Rev. Mark McClanahan, pastor officiating.
Pat was born December 29, 1936 in Galveston, Texas to Carl Searcy and Ruth (Batson) Martin. He was raised in Normangee, Texas where he graduated High School in 1955.

He attended Sam Houston State University graduating in 1958. While at Sam, he was the editor of the college newspaper, sports information director and class president of his freshman and sophomore class. He was a member of the Esquires which later became the Delta Tau Delta fraternity. Following graduation, he taught journalism and sponsored the newspaper and yearbook at Huntsville High School for a year before joining the Navy.

His years in the Navy were spent aboard the USS Helena, a heavy cruiser, and he was on the public information staff and on the PIO staff of a three star Admiral.

Following his Navy stint, he returned to teaching in Huntsville and Tyler (Robert E. Lee) and director of information for the district. He became director of public information and journalism teacher at Grayson County College in Denison, Texas in 1965, a post he held for five years. He then moved to Dallas and taught journalism at Eastfield College.
In 1974 he took a job in the public information office at the Texas Education Agency in Austin. There he managed two federally funded projects aimed at improving the role of the Agency in helping schools improving their academic programs. In 1980 he accepted a job at an education association in Washington, D.C. There again he managed a federally funded program, then spent three years as assistant to the director. By then he had enough of education, so in 1985 he sold everything, packed up the dog and cat, and ran away to St. Croix in the Virgin Islands. He lived the good life until 1989, when Hurricane Hugo decided it was time to go home. He returned to Normangee.
Upon arrival he was asked to take over the Normangee Star by its owner Billie Moss Bouldin. For the next fifteen years he was managing editor of the Star and worked for the betterment of his home community. He loved the job and his people. He won several awards in the Texas Gulf Coast Press and Texas Press Association contests (his favorite was first place in TPA’s humorous column category for an entry titled “The day Santa shot the skunk”)

He retired in 2005 and devoted himself to continuing to the care of his ailing mother until her death in 2006 at the age of 101. He then spent six years living on the beach again in the Galveston area before returning to Normangee to be among friends and relatives.

He was preceded in death by his parents, cousin Johnny Heath and brother-in-law, James Frogge.