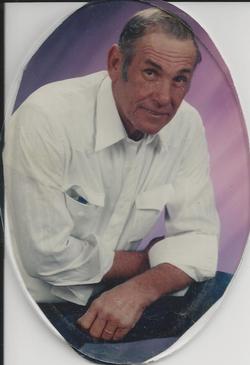 Gene Greer passed peacefully at his home November 30, 2014, surrounded by loved ones. Visitation will be held Wednesday, December 3, at Cozart Funeral Home from 5 to 7 pm. Funeral services will be held at Flynn Assembly of God on Thursday, December 4, at 10:00 am. Burial will follow services at the Greer Family Cemetery.

Bobby Gene Greer was born May 17th, 1935 to Furman Greer and Irma Jim Streater Greer. He was a graduate of Normangee High School. He loved to hunt, fish, dance and drive through the pasture watching his horses as he told his grandchildren and great grandchildren stories. Gene had many friends and there were always people stopping by to visit and listen to his stories as he told them with a smile. His love of riding horses and scootin a boot carried over in to trail rides and he enjoyed spending time with friends and family. He was content to sit for hours and just admire the land and all of GODs creatures.

Gene lived a very full life and married his high school sweetheart Naomi Copeland in 1955. He was a wonderful husband, father, son, grandfather and friend. He was the life of the party and will be missed terribly but he is dancing with the angels and making everyone in heaven smile.

He is preceded in death by his parents, Furman and Irma, sister; Virginia Martin, brothers; Rex, Asel, Streater and Skeezix Greer.