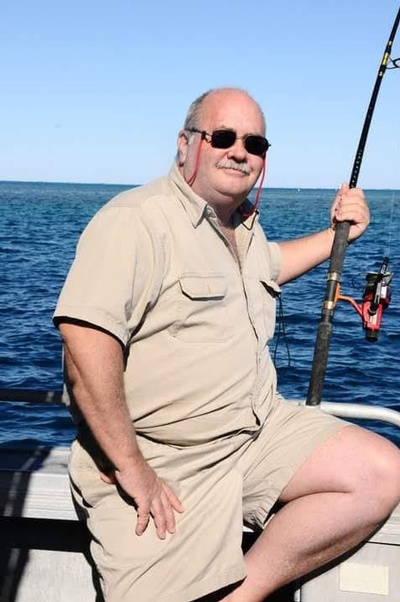 Bert Randall Morrison, age 59, of Madisonville passed away Sunday, September 9, 2018. Funeral services will be Wednesday, September 12, 2018 at 10:00 am at Cozart Funeral Home Chapel. Interment will follow at Ten Mile Cemetery with Bro. Josh Schwarz officiating.
Bert was born in Houston on November 15, 1958 to Bruce and Dorothy (Park) Morrison. He grew up in the Houston- Deer Park area and graduated from Deer Park High School in 1977.

He worked most of his life as a procurement manager for Bechtel, in the petrochemical construction industry. He was devoted to his family and always brightened their day with his jokes and stories. He also enjoyed spending time with his dogs, chickens, and driving his tractor.

He is survived by his wife Terisa, two sons Steven and wife Shannon Morrison, Greg and wife Ashley Trammell and two daughters Kate and husband Lance Osborn and Brianna Morrison. He is also survived by his parents Bruce and Dorothy Morrison as well as his siblings Mike and wife LaNelle Morrison and Sylvia Mitchell, and many nieces and nephews. Bert left behind his six grandchildren Trey, Jubal, Analise,Mia, Ethan, and Jase. He was preceded in death by brother Doug Morrison and brother-in-law Terry Mitchell.