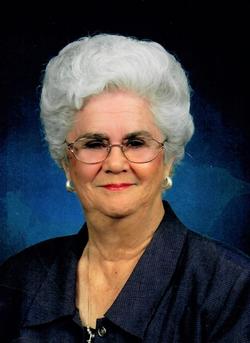 Audrey Grimes Risinger, of Bryan, went to be with her Lord on Wednesday, August 9, 2017 surrounded by her loving family. A time for the family to receive friends will be Friday, August 11, 2017 from 5:00 to 7:00pm at Harmony Baptist Church in Normangee. Funeral services will be held Saturday, August 12, 2017 at 10:00 am at Harmony Baptist Church in Normangee with M. L. Bud Magee officiating. Interment will follow at the George Cemetery in the George community.

Audrey was born in the Flynn community on February 9, 1930 to Arthur and Eula Lee (McKnight) Grimes. She was a graduate of Normangee High School and was married to Olan M. Risinger, who preceded her in death. She and her husband owned and operated Risinger Lumber Company and she later worked as a secretary at Normangee ISD, for over 20 years.

The family requests donations to be made in memory of Audrey to Hospice Brazos Valley of Bryan.